In Part 1, I told the story of how I ended up at my undergraduate college as a theology major, explaining three indications that it just might be the work of the Holy Spirit:

As Dr. Seuss writes in Oh the Places You Will Go It is tempting to think that Things Falling Apart is an indication that you have chosen the wrong path.  Sometimes, yes – that’s what it means (particularly when we say Yes-But-No to the Spirit).  Other times, no – not so much.  Rather, it’s the same path, only a different direction.  It’ll take some more story-telling to explain what I mean.  So on to Part 3.

I mentioned in Part 2 that “I took the initiative to pursue a dream to go to…Boston College.”  I had held this dream for years, but kept making excuses for why it couldn’t happen: finances, time, relationships, etc.  But it stayed in my thoughts and in my heart.

The Holy Spirit speaks to us through our innermost desires and passions.  Gently nudging us along… until we don’t listen.  Then the Spirit smacks us upside the head. (I’m a tad stubborn, so I get smacked upside the head by the Spirit quite a bit.)  Which is how I ended up at Boston College.  It took an unhealthy work environment, the encouragement of a boyfriend, and the voices of two separate friends from different areas of my life to get me to even apply.

My time at BC was fantastic; the course-work and the community were exactly what I needed.  It gave voice and clarity to the leanings of my pedagogy (educational theory and practice) while deepening my background in theology. While I was in Boston, I continued to long-distance-date the areospace engineer I had met in Austin (which is really hard to do with a guy that doesn’t talk on the phone).  Peter had since completed his PhD and moved to the Washington DC area to work with NASA Goddard.  Somehow (I seriously don’t remember how), I was given the opportunity to help represent BC’s program at a conference in Washington DC. (I loved my program at BC so much, I would have happily gone anywhere to do this for them, but bonus: free airfare and time to visit Peter!)

While explaining BC’s program to various people, I meet Malcolm.  His name tag tells me he’s a teacher at a school in Maryland.  I mention that I will be finishing my degree in the summer, moving to this area, and looking for a job.  He says he works for The Best Catholic High School in the region, and they are looking for a new Religion Teacher for the following school year.  While we exchanged information, I was pretty sure this was the first time I actually recognized the Work of the Holy Spirit while it was happening.

Met with the Principal.  Fell in love with the school.  However, she wanted to hire me as the school’s first full-time Campus Minister.  In addition to retreats and liturgies, the first big task the Religion Department needed was an overhaul of the Service Learning Program.

It just so happened that my Master’s Thesis was on Service Learning, but this direction wasn’t what I had in mind.  My love and passion were for teaching.  This is one of the many examples in my life where I had a hard time embracing God’s plan because it wasn’t exactly matching up with my plan.

You know the story of the Rich Young Man?

As Jesus started on his way, a man ran up to him and fell on his knees before him. “Good teacher,” he asked, “what must I do to inherit eternal life?” “Why do you call me good?” Jesus answered. “No one is good—except God alone.  You know the commandments: ‘You shall not murder, you shall not commit adultery, you shall not steal, you shall not give false wwwimony, you shall not defraud, honor your father and mother.’”  “Teacher,” he declared, “all these I have kept since I was a boy.”  Jesus looked at him and loved him. “One thing you lack,” he said. “Go, sell everything you have and give to the poor, and you will have treasure in heaven. Then come, follow me.”  At this the man’s face fell. He went away sad, because he had great wealth. (Mark 10:17-31)
I think the Rich Young Man gets a bad rap.  We don’t know whether or not he actually followed what Jesus said to do.  Scripture just says “He went away sad.”  Sometimes I have a hard time following God’s Will.  I go away sad.  But I do get on board (eventually).  It just takes me a little time to get over myself.

When I (eventually) said yes, I was comforted by the idea that I would at least be teaching one class.  So I finished my time at Boston College, moved to Maryland, and started working at Seton.

Listening to the Voice Within (Or Not)

While my thesis had help me create a substantive Service Learning Program grounded in Scripture and Tradition, my professors at Boston College had also helped me know that it would be necessary to prepare the community for a paradigm shift in attitudes in order for the program to be successful.

Unfortunately, I didn’t listen to the voice within.  I wanted to educate the whole community about both What the changes were and Why there were going to be changes.  The Principal said there wasn’t a need because these changes were considered a Religion Department policy.  I should have insisted.  I knew better.  But I was already so busy working with students and parents, so I conceded.

One of the reasons Seton is such a fantastic school is the community.  The faculty care deeply about the students whole well-being.  So when the students reacted strongly against the changes, ( many) of the faculty reacted along with them.  It was hard on me.  It took over a year of fighting the good fight (with the Principal always having my back, as she said she would) to get the whole community on board.  It happened (commitment to service became integral to the school’s identity); but it didn’t have to be so hard.

What was easy, though, was teaching.  The one little class I had was the highlight of my day, every day.  After a couple of years, I did listen to the voice within and asked to shift to more-teaching and less-campus ministry.  Yes, it helped that the voice within was encouraging me to do what I wanted.  But still.  I listened.

I certainly listened to the Spirit when Peter and I married. Seton’s Gospel Choir sang at our wedding, and two of my students were part of a liturgical dance that my friend Susan choreographed.


I also listened to Seton faculty’s suggestions to attend a professional development training by the Anti-Defamation League for Catholic Educators called Bearing Witness.  Through this amazing program – which is a partnership between the ADL, the US Catholic Bishops, and the US Holocaust Memorial Museum – I found a new vehicle of passion, educating about the Holocaust, Judaism, and antisemitism, and fighting all forms of prejudice.

Through the ADL (and with the support of Seton), I was able to participate in the March of the Living in Poland. In this March, Jewish high school students and Catholic educators joined Holocaust survivors in the two mile walk from the smaller camp of Auschwitz to the massive concentration camp of Birkenau.

What was once a march of death (to the gas chambers) has become a March of Life and commitment to Never Again.

Later that same year, I participated in the ADL’s Bearing Witness Advanced in Israel, which again deepened my passion and enriched my understanding of the Holocaust, Judaism, and antisemitism.

at the Sea of Galilee

Praying at the Western Wall

I think it is safe to say that my parents no longer wondered what I would do with a degree in theology.

Next up, Part 4: From My Plans to God’s Will 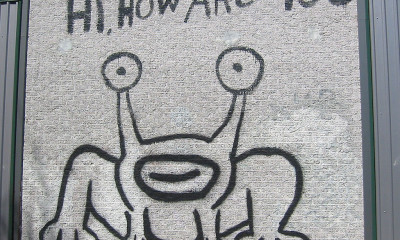 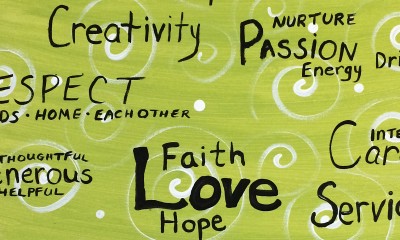 Intentionally Living Out Your Values 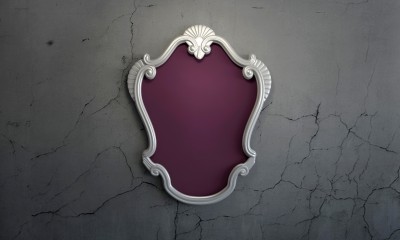